My husband and I flipped on the TV last night just before bed, a sort of wind-down from a hectic evening. Low and behold, as we previewed what was upcoming on the local evening news, we were shocked and horrified to hear that a local graduate student at Sacramento State University is currently auctioning off her virginity to the highest bidder. My husband and I looked at each other, jaws dropped, wondering if we needed to get our hearing checked. Could it be true? Is a local university graduate really going to sell her body to pay tuition?

My husband sent me straight to the computer to investigate, as we had no plans to actually stay up and watch the local news. Here is what we found:

It is true – according to several news sources[1], a local 21-year-old student using the pseudonym of “Natalie Dylan” is auctioning off her virginity to pay for her tuition to pursue a masters degree. Dylan has already taken a polygraph test and is willing to undergo a medical exam in order to verify her virgin status. The young woman is using a legal brother in Nevada, the Bunny Ranch (www.bunnyranch.com) as a broker for the transaction.

According to the Bunny Ranch’s website, Natalie is selling her body to avoid having to work her way through her master’s degree. According to the news reports, Dylan is in a financial bind after her stepfather acquired loans using her student status and then ran off with the money. So, to avoid working and to escape her family’s theft, Dylan is doing the next best thing – putting her body on the auction block for any Tom, Dick or Harry. 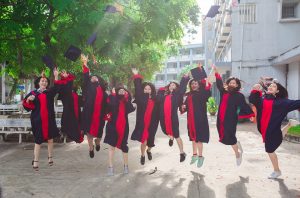 Now, according to the Daily News[2], Natalie will make an informed choice. She will consider personality and says that she is looking for the right “chemistry” before she will consent to the transaction. Dylan apparently got the idea when a Peruvian woman put her own body up for sale to pay family medical bills and was offered $1.5 million. While the woman did not go through with the transaction, Dylan says she fully plans to do so.

It should be noted that Dylan’s sister already works at the Bunny Ranch, which I suppose should be a source of comfort to her as she makes her way to Carson City and a room, a bed and a man she has never met.

According to the Daily News story, Dylan feels it’s much better to lose her virginity this way, under her own control and in receipt of payment, than in the “backseat of a Toyota.”[3] Her comments lead me to believe she might never have considered that neither option is a good idea and that she might hold out for a loving, respectful relationship with a man who cares for her.

For more information, or to place your bid (I’m shuddering as I type this), you can visit Natalie at www.bunnyranch.com or e-mail her at nataliedylan@bunnyranch.com. She is an admittedly pretty brunette with great skin, dark eyes and a nice pair of legs.

Too bad her self esteem appears to have gone missing. 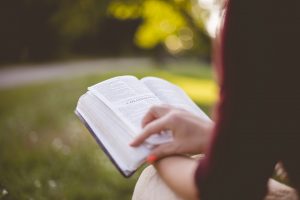 This is one of the worst news that I got to hear in my life as I had never expected anyone, least of all a student, to stoop so low, as it shows her weak willed attitude and willpower to stand up to problems. Is this what the world has come to, that a girl is preparing to sleep with an unknown person, all for the sake of tuition classes? If you love science, for example, and want the best grades to top in college, would you do the same?

Types of Tax Forms that are File by Crypto Holders

5 Key Differences Between Tutoring and Teaching