Fortuna Silver expanded uber-high grade silver mineralization at its San Jose mine in Mexico in deposit extensions it has been drilling for about a year now. I reported on Fortuna’s ongoing efforts at San Jose, in terms of exploration, relatively recently (here), and today the silver miner released another set of notable intercepts that suggest silver-gold mineralization continues to grow at the San Jose mine over substantial widths.

Fortuna has been targeting a pair of parallel veins at San Jose – Trinidad North and Bonanza – and it was the former that yielded the most eye-catching results this time round. At the limit of drilling at Trinidad North, Fortuna reported that it hit as much as 3.3 metres @ 854 g/t silver and 4.97 g/t gold. This was roughly 50 metre extension of similarly high grade mineralization.

Fortuna also reported strong silvera and grades beyond the limit of previous drilling in the Bonanza vein, including 5 metres @ 188 g/t Ag and 0.81 g/t gold, though it did not hit more uber grades in Bonanza extension drilling (i.e. in the 1,000 g/t Ag range). For more detailed perspective Fortuna drew a long-section here, but roughly speaking it’s fair to say that Fortuna has about doubled the extent of the gold-silver mineralized area in new extensions since it started drilling them last year. Part of the extension has already been captured by a resource estimate, which last October showed 1.9 million tonnes @ 269 g/t Ag and 1.67 h/t Au. The area of mineralization has grown quite well since. 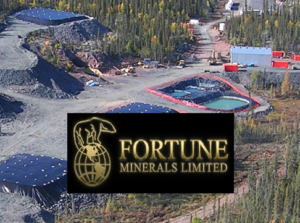 Also worth pointing out: Fortuna said it was extending a crosscut at the 1300 level – from which it is doing its underground drilling on the extensions – and this will let it drill for further deposit expansions, if they exist, in San Jose’s epithermal veins, which from a production standpoint have become the company’s most important.

The Perfect Time for a Phone System Overhaul

What Are The Future Prospects Of Digital Currencies...