Social networking sites have become known for being a place for predators to hang out, and for kids to learn more about the seedy underbelly of society than they ever need to know, but some very revolutionary thinkers have started to capitalize on the huge captive audiences on these sites in order to reach more volunteers and raise awareness. From the perspective of a person with a cause, limited funds, and a small ‘real life’ network, social networking is a dream come true. Whatever message you have to share social networking opens an avenue that allows the user the ability to get that message out in masses, with one only one mouse click to an audience of millions. In fact, not only has social networking made charity and political leaf-letting as easy as a click, but has allowed several organizations the venue to begin, and then flourish on the world wide web, without need of start up capital, postage, printing or any of the other sizable expenses that would be required to begin such a project in the ‘real world’.

One example of the power social networking lends to social change is evident on the Myspace profile for the Burrito Project. The Burrito project began as a very small grassroots effort to do something very simple~ feed the hungry. Doesn’t sound simple I know, but by Burrito Project standards it is. Simply gather together a few friends and whatever money you can collectively spare, build burritos (or sandwiches whatever) and deliver them to local homeless people who need a meal. Like I said simple, but to be effective you would ultimately need to get the word out over a large portion of the population to pull together persons willing to do that all over the place. Enter Myspace. The Burrito Project has moved from a small local idea to a national grassroots movement , spread via Myspace. 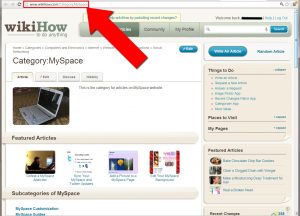 While other organizations existed before social networking was available and simply utilized the ability to communicate with so many to further add to the ranks of volunteers and raise awareness, others have spawned purely out of the murky waters of the world wide web. One of the newest additions ( and certainly among the biggest in ideals) takes an approach to world change from an angle that would be nearly impossible without social networking and the world wide web…or at least a whole lot more difficult to execute. The Book Of One is one such site that offers a unique ability and perspective. The goals of the organization, if you wanted to label it as an organization (it is really more of a collective experiment) is to put together a book made up of quick editorial style inspirational snippets from authors all over the world who will give their opinions about what is needed to further the growth and evolution of mankind and bring peace to the world. Not revolutionary enough? It is when you define which authors the project seems to be seeking out. Everyone. Now that is a little more revolutionary. Certainly this is a lofty and difficult to conceive of attempt at making the world a better place, but don’t be so quick to decide it can’t be done. Would such a thing ever have been conceivable without internet communications and specifically social networking sites?

Social networking, and specifically Myspace, deserves a lot of the bad press it receives, but even here it would seem that every cloud does have a silver lining after all. Perhaps the popularity of such projects in such an unlikely place will just be the first step in creating a more conscious and charitably minded society. Next time you catch your kids on a social networking site, before getting upset, maybe you should check out what they are doing on there, after all you wouldn’t want to prevent them from becoming the voice of change. The non-profit organizations can increase their followers from the https://buybettersocial.com with cheap rates. The awareness of the social issues will be increased among the common people. 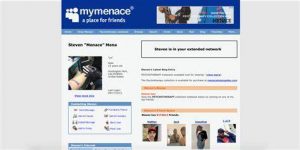 Effective Steps – How To Cure A Cement Swimming Pool!!

Top Reasons Why Outsourcing Your Embroidery Digitizing Will Save You Money