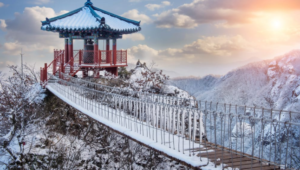 South Korea paints an accurate picture of what East Asian culture looks like. It’s a first-world country, which developed incredibly fast. You might know about LG, Samsung, Daewoo or Kia. However, a big part of their profits comes from the entertainment industry, named Hallyu. K-dramas and Korean music gained worldwide recognition and caused waves of tourists to go to South Korea. Plastic surgery made its medical centers popular destinations, since it’s cheaper and of higher quality than most other countries.

Don’t mistake the South for the North. Anything you heard about dictatorship, bans or nuclear weapons refers to North Korea. South Korea is a democratic country, with civilized and very polite persons. Respect goes a long way. Even youngsters use formalities between them, with variations according to age and gender. They drop formal speech once they’re comfortable around each other, but this can take a while. South Koreans are friendly and outgoing, but prefer keeping some things to themselves. Lower your voice on the subway and make sure you wear clothes that cover your shoulders, especially if you are a woman. You’ll see plenty of Korean women flaunting their legs, but cleavage and bare shoulders are considered immodest. Avoid drinking (if possible). Their national drink, soju, is very strong and incredibly cheap. A gathering requires you to drink shot after shot and it’s rude to refuse. 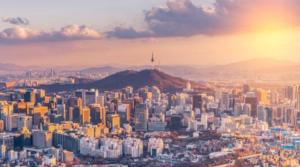 As for tourist destinations, five palaces tell the story of their dynasties in Seoul: Changdeokgung, Changgyeonggung, Deoksugung, Gyeongbokgung, Gyeonghuigung. If you can’t remember the names, ask for the Joseon palaces. The Jongmyo Shrine and Bondage Temple will let you take a glimpse at Korean spirituality. Volcanoes, terraces and beaches make up the natural wonders of the land. Visit Busan or Ggotji for your summer vacation. The Jeju Island is another tourist attraction and a common destination for honeymoons. Don’t forget to visit Bulguksa temple. Seoul has many skyscrapers, so if you’re into urban art, it’s the right place for you.

All You Need to Know About Setting Up a Family Tent

Buying Land For Sale: Consider These Factors Before...

Find The Best Services In Town

All You Need to Know About Setting Up...